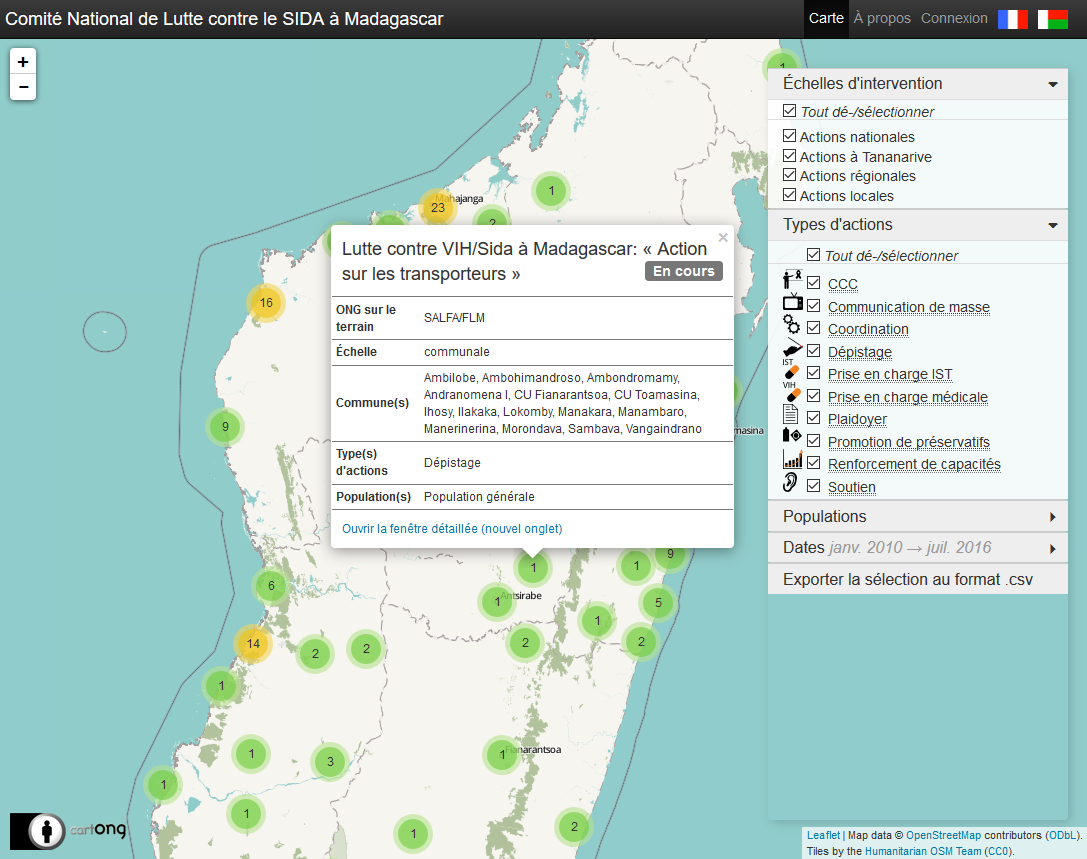 The following steps involved presenting the application to the CNLS and UNAIDS in Madagascar, give support to future users in order to get started with the cartographic tool and fix the bugs.

Following thisfirst big phase of the project, two of the volunteers most involved in the development of the tool had the opportunity to go to Madagascar in April 2017 to train the CNLS’ staff on how to use the platform and update its data, with the objective that they would be able to then maintain it in the future. The mission was funded by the internal CartONG “Call for Ideas”, a mechanism to reinvest part of our surplus on volunteers’ projects and ideas. The mission was a great experience both for our volunteers and our Malagasy partners.

Open the "Where we work" page in full
Scroll to Top