Access to information for the migrant population in France: picture of the census tools of available services

Access to information for the migrant population in France: picture of the census tools of available services

Aware of the large number of existing tools, and of the humanitarian and social stakes of the current migration context, CartONG wanted to improve its understanding of the use of census tools of the actors involved in the reception and integration of migrant people in France.

The first step of the survey consisted of listing all the censuses developped nationwide, regardless of their form (directory, lists, guides…). A panel of 43 structures was identified, composed of both organisations that conducted a census, but also organisation called « head of networks » that did not realized this process but showed a certain interest for these instruments. 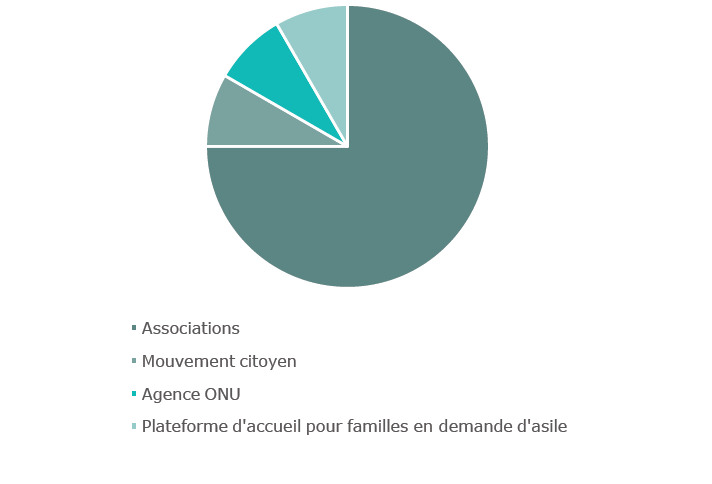 Among this first sample of actors, 12 structures agreed to answer our questionnaire. Their responses helded to identify the potential obstacles faced by their teams on a daily basis in terms of collecting, managing, updating, using and sharing information related to the services available to migrant people. The survey also highlighted the characteristics of the censuses : the choice of services identified (accomodation, food distribution, administrative and legal assistance…), the information considered useful for each services (addresses, telephone number, access conditions, access plac, opening hours…), or the method of dissemination (digital or paper format). Finally, a part of the questionnaire was also devoted to assessing the level of satisfaction of the surveyed structure and accompanied migrant people.

Common trends could be drawn from the results, such as the lack of human and financial resources dedicated to the census tasks, but also divergences such as the profile of the targeted user (volunteers, aid actors, migrant people, staff of the structure…) or chosen scales (city, department, region, country). 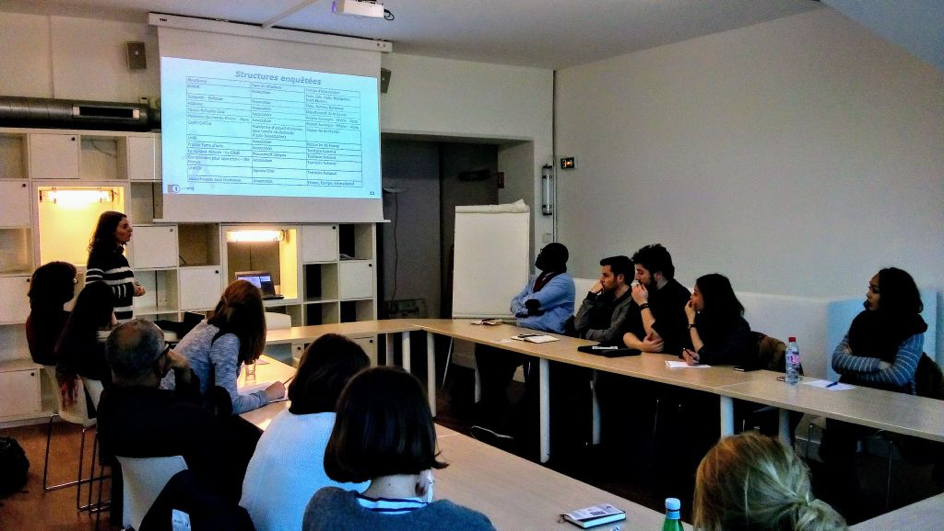 ​Beyond the identification of the obstacles encountered by the actors interviewed, this survey also aimed to promote the networking of organisations specialized in migration, with an interest for this type of instrument. To this end, additional lines of reflection were identified during a public representation/debate session organised as part of the Social Good Week (Paris, March 12th 2018). This event allowed the participants to express their concerns, while proposing ways to improve for the future.

Several lines are currently under discussion withing CartONG to promote dialogue between stakeholders through the establishment of working groups, and/or support to the initial producers of data, such as local public authorities.

​You can find all these informations and conclusions in the CartONG report (in French). 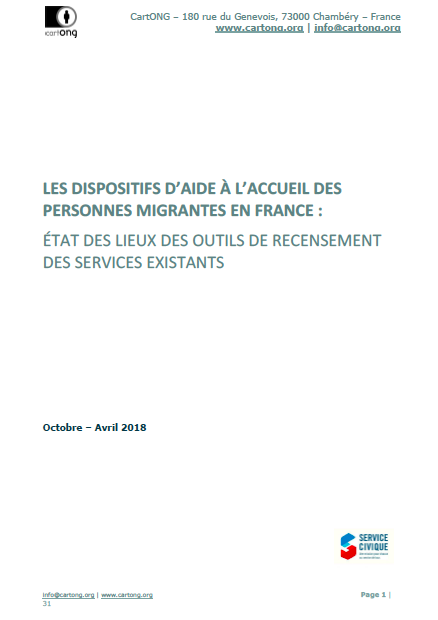 Feel free to contact us to express your interest in this study, or to suggest a follow-up to it!