In March 2019, CartONG carried out a 2-week mission in Burkina Faso in support of the Yaam Solidarité association. Here is a look back at the mobile data collection and mapping support we provided and the collaborative and sustainable approach we implemented. 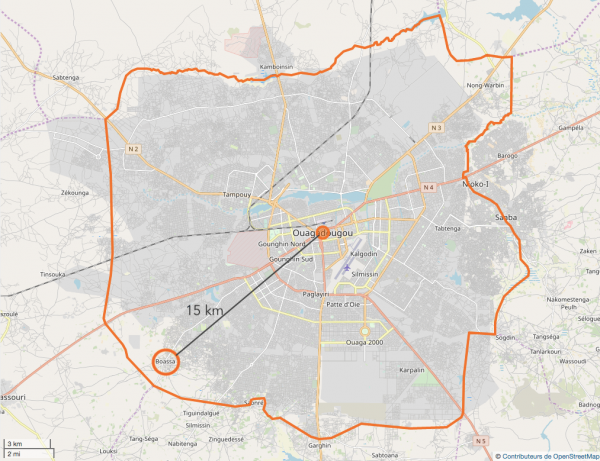 Many cities in the developing world are experiencing rapid and uncontrolled urban growth, characterized by the development of "spontaneous settlements" (also called "non lotis" in Francophone Africa) in which populations live in very precarious situations. Built out of the formal and legal process of urbanization, these informal settlements often do not appear on official maps and databases. As a result, they do not benefit from basic services and adequate urban improvements, making their inhabitants all the more vulnerable to climatic hazards, natural disaster risks and health crises.

Collaborative mapping, open data and new "low tech" geographic information technologies represent a real potential to meet these challenges and make these new districts visible on the map. In particular, these solutions can play a key role in the implementation of projects to improve the living conditions in informal settlements and neighborhoods, and to ensure the involvement of local communities. This approach is at the heart of the technical support that CartONG's Missing Maps team provided to the local association Yaam Solidarité, in the informal urban district of Boassa, located on the outskirts of Ouagadougou. 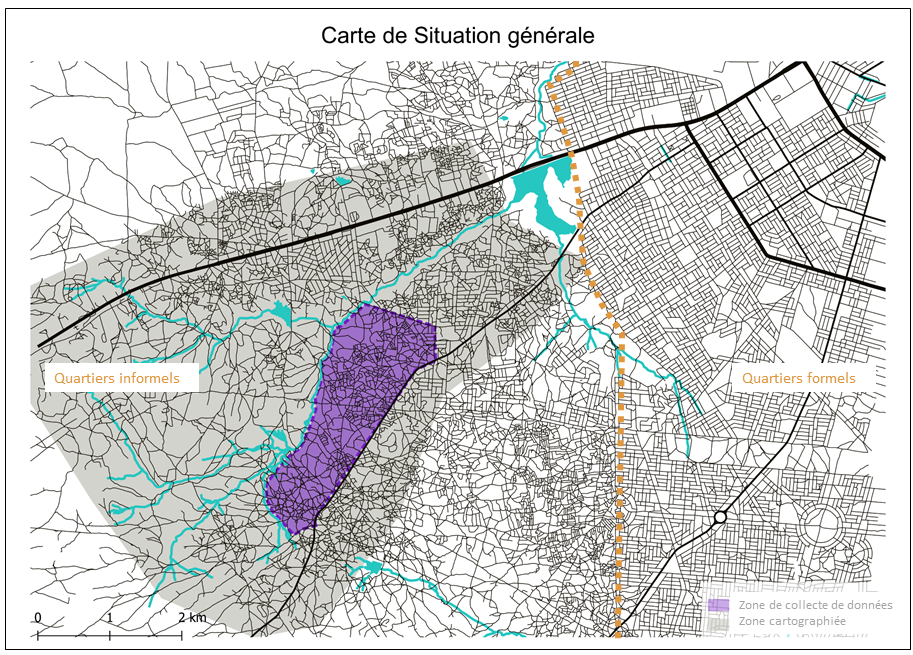 Since 2010, Yaam Solidarité has been running a project in Boassa to improve housing and living conditions, which is supported by the French association Craterre and funded by the Abbé Pierre Foundation. To provide adequate technical support and carry out this project, CartONG mobilized its volunteer community and worked closely with the OSM community in Burkina Faso (click on the map on the right to make it appear in full).

Objective 1: Create a basic map of the area using the OpenStreetMap platform and crowd sourcing

In the first phase of the project, CartONG organized 8 mapathons in Lyon, Grenoble, Saint-Etienne, Paris and Chambéry, which brought together more than 140 e-volunteers. Together, we mapped more than 46,500 structures and 418 kilometers of roads on OpenStreetMap. As with all of our projects, the data produced during the mapathons was then validated by a team of experienced volunteers to ensure the its quality.

At the end of this first stage, the Boassa district was finally visible on a map, which was then enriched during the second phase of the project that took place on site in Ouagadougou.

Objective 2: Collect data in the field through practical and easy-to-use technological solutions and an inclusive approach 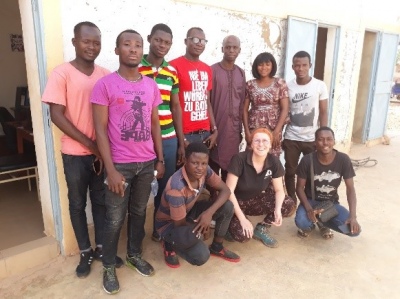 The second phase of the project consisted of completing the Boassa map with the support of Yaam Solidarity members and the local community and setting up a first database of the area - which implied training all of them in data collection in the field.

To this end, we opted for free and open source tools that can work offline and applications that are easy to use in order to include and train as many participants as possible, especially local residents, and also in order to encourage their concrete involvement in this phase of the project. Within 2 weeks, more than 20 people participated in the workshops conducted on site.

Participants were trained in using OsmAnd and OSM Tracker for geographic data collection, as well as Kobo Toolbox for conducting household surveys. Several field trips also made it possible to collect more than 150 points of interest (roads, water points, community facilities, etc.) which were then added to the OSM database. 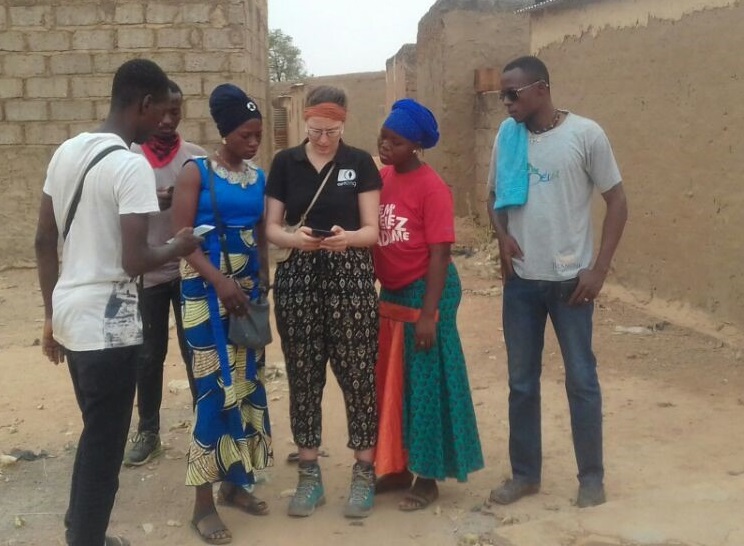 These data collection workshops proved to be a real opportunity to promote collaboration between the local association, members of the neighborhood committee, residents, young students and OSM members, and to promote everyone's knowledge and experience, while allowing them to take better ownership of the project and greater control over their territory and its related challenges.

Objective 3: Facilitate the reuse of maps and data and ensure their sustainability in the medium and long term

All the data produced during the 8 mapathons in France and the data collected in the field were added to the free and contributory platform called OpenStreetMap. On OSM, the data is stored permanently and is accessible to everyone; and it can be extracted to produce, among other things, thematic or analytical maps.

As part of the workshops held on site, Yaam Solidarity members were trained in data manipulation on OSM so that they would be able to continue mapping their neighborhood and enrich the database independently of the presence of another actor such as CartONG, and over the long term. This wonderful source of information now makes the inhabitants of the informal district of Boassa visible on the map, as well as the economic activities and initiatives that exist locally. It also highlights other more problematic aspects such as the lack of access to basic services, the risks in terms of accessibility of emergency services, or the evolution and changes in public spaces (click on the map on the right to make it appear in full). 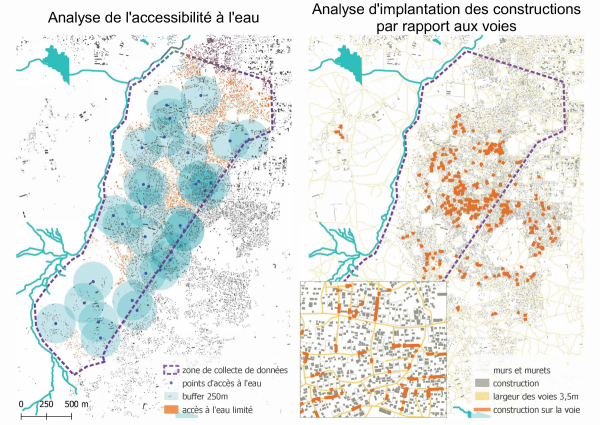 At the same time, the Yaam Solidarity association, which works on the spot, can now use this map to call out public authorities or potential donors to address the existing issues in the area. The map will also be used to raise awareness among residents to better plan the urbanization of the district, protect themselves from high-risk areas or preserve road spaces in an effort to ensure a certain quality of life in the district.

The project launched with Yaam Solidarité in 2019 should continue as part of a longer-term program from next year on. In addition, this type of initiatives is likely to be replicated. CartONG is already in contact with other NGOs that would also like to improve their capacities in the production and management of information as part of projects to make living conditions in informal neighborhoods better. Feel free to contact us if you would like to collaborate with us on this subject!