The map of Goma is almost complete !

The map of Goma is almost complete !

In the beginning of March, after the request made by the International Committee of the Red Cross, CartONG and the Missing Maps project started mapping Goma in DRC. This city was weakened by various crisis that the country endured for the last 20 years, the city also grew a lot due to a strong demographic growth in the last 10 years.

The existing map showed the city as it was in 2010 and therefore needed to be updated. With the help of many OSM contributors on this project (approximately 80 people), 1343 km of road and 68 604 new buildings have been added to the map ! Adding to this result, all the work of correction on the previous data that became obsolete (deleting, moving buildings and roads). Here after a comparison with a map of the city in 2002 and an other one showing the contributions in 2014 (orange) and 2017 (blue) showing the evolution of this city in 3 dates. 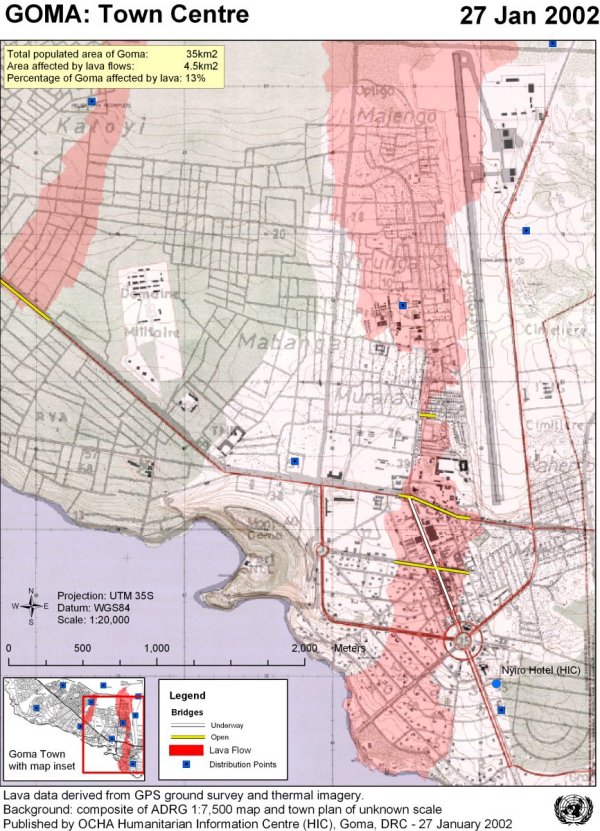 In blue the buildings added in 2017

This new complete map was indispensable for the ICRC, which did projects on water access and sanitation in the North of the city. Here after a map of the population density and a map of the water network, made by the Water & Habitat Unit of the ICRC thanks to the geographic data mapped by the Missing Maps contributors. 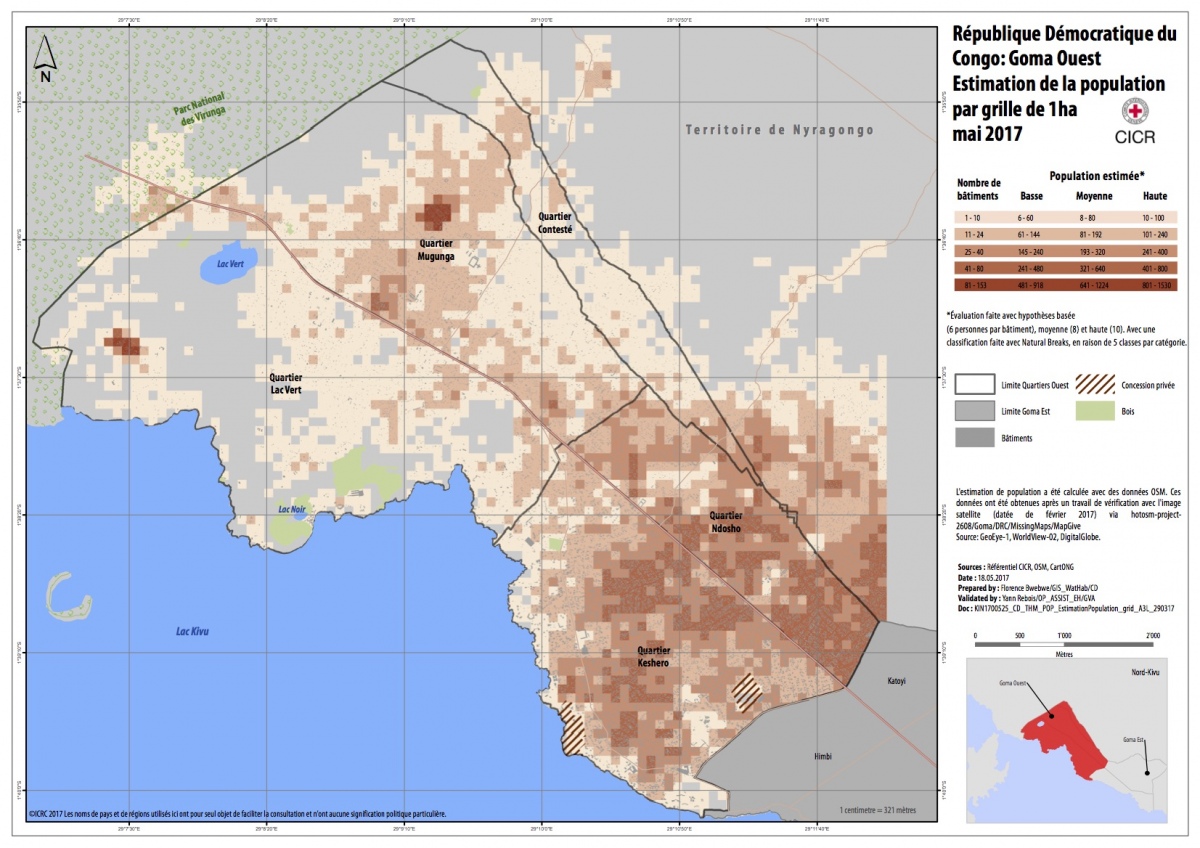 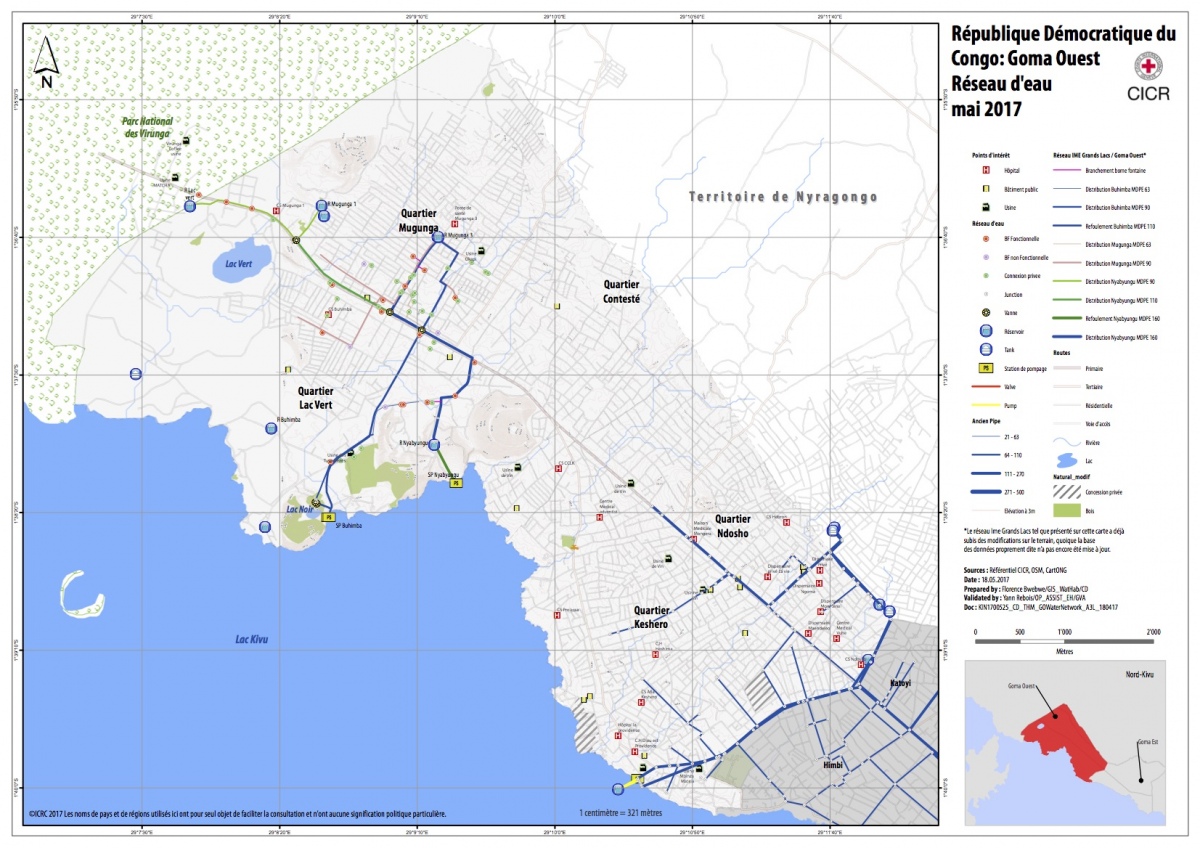 Here after some pictures to illustrate the projects of the ICRC in order to give water access and better hygiene conditions to the population. 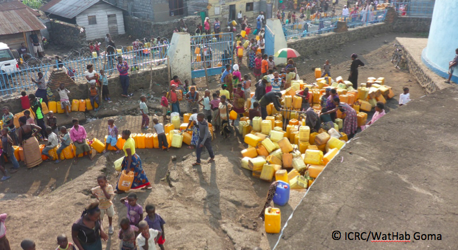 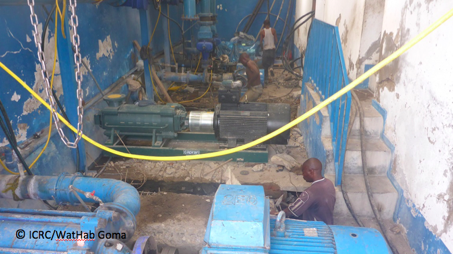 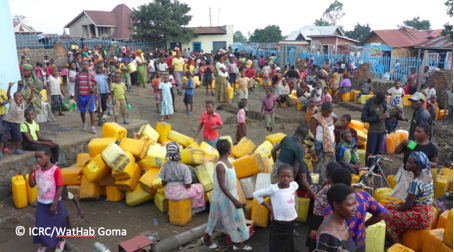 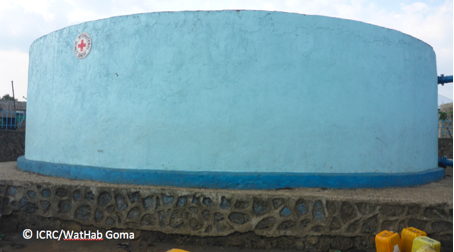 Overall we would like to thank sincerely eveyrone who participated on the project for their important contribution ! These data on OpenStreetMap can be used by the ICRC as well as many actors needing an updated map of the region. This will be a precious ressource for the the future development projects that will happen in the city. The congolese OSM community will also be able to use it as a base map to complete with field information, work already started with the ICRC.

There are still some squares to fill up in the city centre, so don’t hesitate completing and validating them ! (http://tasks.hotosm.org/project/2608) !