Bidibidi camp in northern Uganda is one of the fastest growing refugee camps in the world. Activated by Médecins Sans Frontières, CartONG & the OpenStreetMap community mapped its Section 2 in 3 weeks and the data is already used in the field.

More than 400,000 persons have left South Sudan for Uganda since the beginning of the year 2016 (in November the average was reported to be 2000/day). The refugees are fleeing a terrible humanitarian situation at home, victims of killings, rape and sexual abuse, forced recruitment, looting and burning of villages, hunger and lack of access to medication, and more. 86% of them are women or children.

A few months only after its opening, the camp of Bidibidi (in Yumbe district) in Norther Uganda already hosts more than 250,000 refugees. The growth of the camp is easily visible on satellite imagery (cf. below). Several NGOs including our partner Médecins Sans Frontières are working there to provide the essentials to these refugees.

In these type of emergency settings it is extremely important to get information as recent and accurate as possible on the location of people & infrastructures, to understand their needs and plan the response. This is why MSF and its Geographic Information System (GIS) Unit decided to deploy a field specialist in-country to map the camp, with the support of its technical partner CartONG and the OSM community for the update of the geographic base data.

Timeframe of the activity: 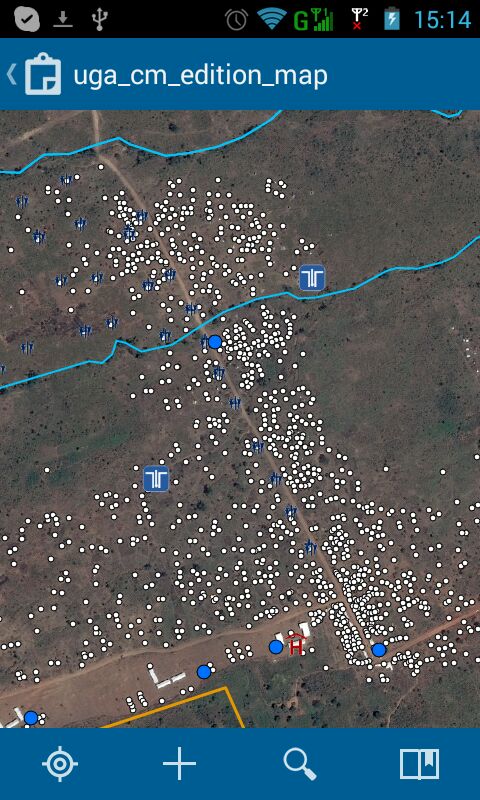 This is only one of the regular activations we receive from MSF for mapping in crisis responses. But it is a great example of our now robust workflow from the field request to the field use of the map, involving a solid network of partners (the HOT/OSM community, OSM-Fr, but also the Missing Maps partnership that helped us bring it further) that all bring their knowhow and contribute to this undertaking. Even though this activation was not a high-profile emergency, on a crisis rather neglected by the media, we managed to get the first results under 3 weeks.

Field maps are currently under production – we’ll add one here when ready – but the data contributed is already used on mobile devices there, and particularly the detailed location of each shelter:

In the meantime, experienced mappers can still contribute to this project by validating. Big thanks to all the contributors who created more than 7000 buildings and 300 km of roads in 1 week! & big up to Andrew Matheny who did an exceptional work on this project

We also contacted the local OSM community to start thinking of a sustainable mapping of the area.