Maps from here & abroad: a new adventure for CartONG!

Maps from here & abroad: a new adventure for CartONG! 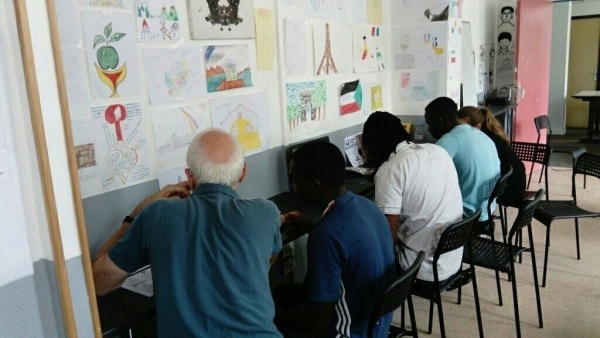 Thanks to the support of the Fondation de France, CartONG is launching a new project called “Maps from here & abroad”, aiming to foster the social inclusion of the migrant population in France by using mapping activities under various formats!

Initially planned for a duration of one year, this project seeks to create social interactions and exchanges between the migrant population and members of their host society. In order to achieve these objectives, two areas of intervention - highlighting the social dimension of mapping activities - have been identified: mapathons and sensitive mapping workshops.

This project is first of all centered on participative mapping workshops – better knownunder the name of mapathons – that will be organised as part of this initiative. During these last four years, CartONG has developed a solid experience in the organisation of mapathons within the frame of the international project Missing Maps. Mapathons have become progressively a major part of the associative project of CartONG in France. CartONG’s expertise on the subject will be very helpful for the future implementation of « Maps from here and abroad ».

As part of this project, the format of the traditional mapathons will be adapted to allow anyone who wishes, whatever his or her past history or life path, to contribute to an international solidarity project. Two-person teams, composed of a migrant and a host society member, will be formed to create exchanges, foster the learning of digital tools, and promote experience sharing. Having participants work in tandem will play a significant role in this project, as it should facilitate bonding and interactions between participants. Meanwhile, it is to be noted that participative mapping workshops with migrant participants are also being organised in Germany, through the MAMAPA project set up by a CartONG volunteer (more information here). 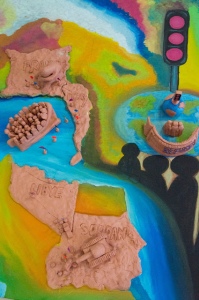 « Maps from here & abroad » also involves the organisation of sensitive mapping workshops. This cartographic approach is based on a subjective, affective, imaginary and creative reading and representation of a delimited geographical space. The use of sensitive mapping will allow migrant participants to express their perceptions of their homeland, their new environment in France, but also their migration pathways. At the crossroads of art, psychology and mapping, this approach has already been used by several organisations, without ever being integrated in a sustainable project. After several months of research and discussions with sensitive mapping experts, CartONG has decided to include this medium as part of the project by proposing sensitive mapping workshops to interested institutional and civil society actors, as of the end of June 2018! On a long-term perspective, one of the objectives of « Maps from here & abroad » is to design a toolkit available to any organisation specialised in migration issues, and willing to implement sensitive mapping workshops as part of their own activities.

The calendar of activities is almost full for this summer, which we hope is the sign of a bright future for this new project!

Fondation de France is the first French philanthropic network. If you’d like to learn more about their mission and work, you can refer to this booklet.

This project was led by Cécile Borreil formerly the supervisor of the Maps from here & abroad project. The project is now coordinated by Clémence Beugnot. Don't hesitate to contact her to get further information on the project, or if you want to support this initiative: c_beugnot@cartong.org.