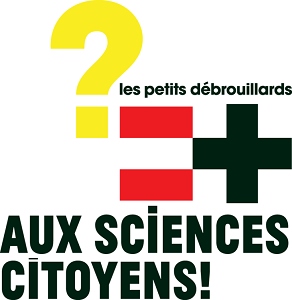 « Educ'AuRA: objective 2030 » is a project implemented in partnership with the association “Les Petits Débrouillards” aimed at raising awareness among the citizens of the Auvergne-Rhône-Alpes region and to encourage them to contribute to the achievement of the Sustainable Development Goals (SDGs) by 2030. A total of 11 SDGs are to be addressed through various activities across the region. This project is implemented with the support of several regional partners.

In 2018, we participated to 2 festivals, and organized 4 activities for young audiences, 2 mapathons and 1 conference during the 2018 GeOnG Forum. Learn more by reading our news here and here, or by checking our 2018 Annual Report.

For the second semester of implementation which took place in 2019, CartONG and Les Petits Débrouillards organized 3 awareness raising sessions around the concepts of sustainable development, migration, but also the inequalities in terms of access to drinking water worldwide. Following the same logic, Les Petits Débrouillards set up a "Resourceful city" ("Cité débrouillarde" in French) for 8 women living in a working-class neighborhood of Clermont Ferrand in order to help them build a shared garden. Both associations also took part in 3 international solidarity festivals in the region – the Transfo Festival, the Marché de la tolerance and the Lafibala festival. Two conference-debates were also organized in February and April 2019 in Lyon in partnership with the HI Institute on Humanitarian Action. Finally, two sessions of the "Apprentis Reporters" activity (i.e. young reporters) were organized in June 2019 with RCF Savoie. These sessions aimed to raise awareness about the concept of Sustainable Development among the young inhabitants of the AuRA region. Learn more by checking our 2019 Annual Report.

Overall, this project has allowed us to experiment new awareness raising methods and work with partners specialized in education about international solidarity.

(Re)discover the exhibition "When maps speak to us": a mapping project centered around modern migratory phenomena
Mar 20, 2019