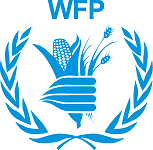 During the Arab Spring, there were a strong need of geographic information concerning some countries. CartONG answered to this demand by working with the World Food Program (WFP) in Roma for the LogCluster (and by helping to build and maintain geographic databases.

It was mainly about transport infrastructure (roads, harbours, repositories, supply paths…). Every map has been made available for free. However, at the end of the agreement, CartONG’s staff was swallowed by the WFP.

A second mission in Liberia, on the field this time, has consisted in creating and maintaining a database specifically concerning roads state to make the delivery of help easier during troubles in Ivory Coast (that brought about mass movements of populations towards Liberia).